Dr. Tom Tavantzis is an organizational development and leadership psychologist who has been working with college age students for the past 20 years. 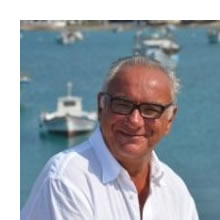 He knows the challenges of choosing a school, a major or a possible career.

“I have been there personally, with my three children and many of my friends and their children as well as high school and college age students like you,” he says.

“I am not your typical ‘shrink’ psychologist but rather have always worked from the point of view that if I can have you focus on your strengths, you – and the world – will be in a better place.”

A native of Astoria, N.Y. Dr. Tavantzis grew up there and in Greece.

In the Philadelphia area, he has worked with corporate clients including Glaxo SmithKline, Wyeth, Vertex, Comcast Spotlight, PJM, PECO, Aventis, and SEI.

But since 1993, he has also immersed himself in the world of college and graduate students at Saint Joseph’s University, in Philadelphia.

He introduced his Career Development course while Director of the University College Organizational Psychology program and later brought the same program to the Graduate Department of Organizational development and Leadership.

Hundreds of undergraduate and graduate students have taken his course, including the The Highlands Ability Battery and followup Career Exploration programs.

“Looking at a student’s results and having a 90-minute followup discussion with them is always an exciting experience for me,” he says.

“And now with the introduction of the new Highlands Career Exploration Supplement, we can explore dozens of career paths aligned with your different strengths.” 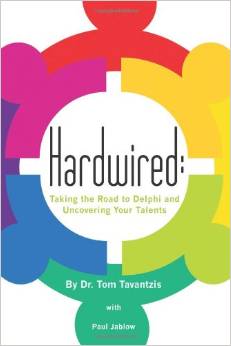 Practicing what is commonly known as “positive organizational psychology”, emphasizing natural strengths, optimism and values, Dr. Tavantzis has extended his reach by helping others obtain their fullest potential through his career development book “Hard-Wired: Taking the Road to Delphi and Uncovering Your Talents.” This in-depth analysis is based on actual case studies and offers a unique way to think deeply about one’s own natural aptitudes – and how they influence career and role choices.

Tavantzis has contributed to several other educational publications, including co-editing the ‘Don’t Waste Your Talent,’ (considered the ‘bible’ of the Highlands Ability work) ,chapter in the book “Counseling and Therapy for Children,” a chapter in “Adolescents and Family Therapy,” a chapter in “Roadmap to Success,” and his article “The Road to Self-Knowledge,” that appeared in ASTD’s T&D magazine, in August 2006, along with several other professional journal articles. He has also developed a training video entitled “Just Like a Family”, and co-created and led teams that developed online psychological-based distance learning courses for emergency respondents and the counter terrorism community, including one-on-one leadership.

Tavantzis currently lives in Media, Pa. with his wife Martha and has three grown children.

Learn about what we offer